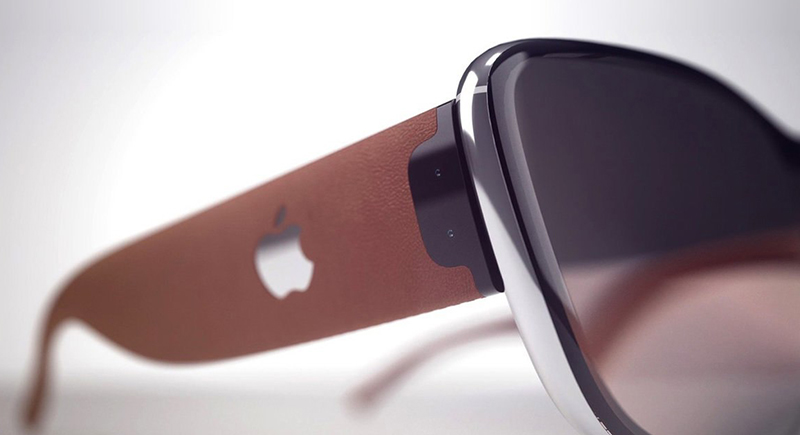 We all know that Apple has big augmented reality (AR) ambitions but ARKit is focused on using an iPhone or iPad’s display to overlay digital information to the real world.

However, a patent that’s just been uncovered points at a new form factor for Apple’s AR assault. “Semi-transparent spectacle or glasses” are mentioned in the details of a patent that originated from Metaio – an augmented reality startup that Apple acquired in May 2015 – hinting at a pair of Apple AR smart glasses.

Apple’s patent FIG. 10a, as discovered by the guys at Patently Apple provides details on representing POIs in the view of a real environment on a semi-transparent screen of a head-mounted display (HMD).

AR differs from VR (virtual reality). VR is a fully immersive digital world whereas augmented (or mixed reality) overlays digital aspects over the real world. It was AR that Google’s Glass project used and it’s now a huge buzz area in tech thanks to the likes of Microsoft’s Hololens and the mysterious Magic Leap startup.

Apple CEO Tim Cook has praised AR in the past, describing it as a “core technology”.

“There’s virtual reality and there’s augmented reality – both of these are incredibly interesting,” Cook told Good Morning America in 2016. “But my own view is that augmented reality is the larger of the two, probably by far.

“Virtual reality sort of encloses and immerses the person into an experience that can be really cool,” he added, “but probably has a lower commercial interest over time. Less people will be interested in that.”

According to Bloomberg, Apple has already been in talks with potential suppliers for components of a glasses-like device and “has ordered small quantities of near-eye displays from one supplier” for testing purposes. 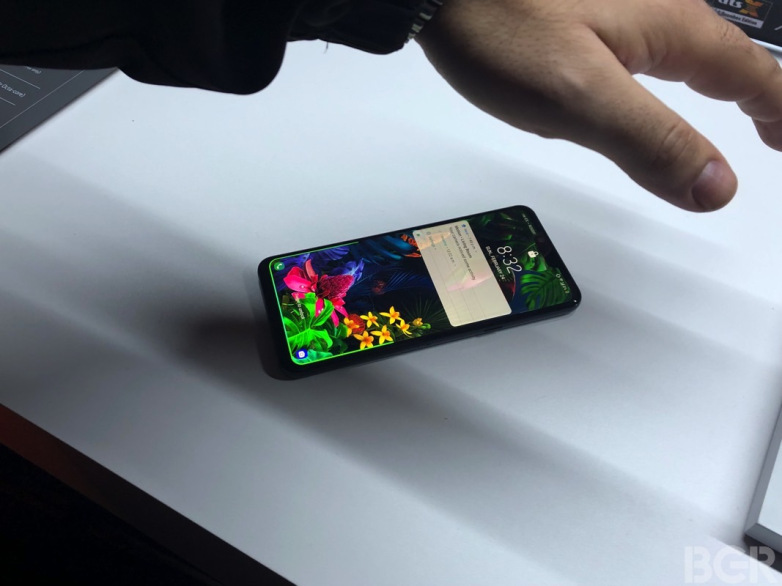 The day after LG Electronics announced that its latest flagship, the G8 ThinQ, would arrive in the US on April 11, the company took an extra step behind the scenes as a result of all the cool features it’s packed into the phone like touchless controls and its innovative audio experience.

On Friday, LG had seven trademarks registered with the European Union Intellectual Property Office that seem to refer to several of the technologies that will be included with the G8 ThinQ, for which pre-orders started on Friday and pricing begins at $819.99 alongside a variety of promotional offers.

For example, three of the trademarked names make reference to the new “Crystal Sound” OLED Speaker technology that uses the display as an amplifier. For that, LG has trademarked the names Audio Display, Display Sound and LG Magic Speaker. The trademark documentation, which was spotted by Dutch tech news blog LetsGoDigital, uses the same description for all three of those names: “OLED screens that act as an audio amplifier and audio speaker.”

In the announcement this week of the handset’s US availability, LG North America president and CEO William Cho called its the company’s most innovative yet, with features “never before seen on a phone.” Among the other now-trademarked features, LG is also calling its time-of-flight front-facing camera the LG Z Lens. LG bucked the trend other companies like Oppo and Huawei are pursuing, of placing the time-of-flight camera at the back, with LG’s also providing improved facial recognition and the capability for more augmented reality applications, to name a few uses.

LG Face Code is the name given to the feature that allows users to unlock the handset using facial recognition. The front-facing camera actually does a 3D scan of your face, which seems to be the thinking behind this name for the unlock feature. Meanwhile, the company has decided to trademark the name LG Air Click to refer to the ability to interact with its smartphones through hand gestures, something LG was calling “Air Motion” during at least one early presentation showing off the G8.

Palm-scanning is another way of unlocking the G8 ThinQ, thanks to “3D Eye.” You aim the phone at your hand, and it scans the actual veins in it.

The last new name to point out is LG 3D Eye. That’s what LG is calling the software capability that can recognize the “shape, thickness and other characteristics of the veins of a user’s hands,” according to the trademark documentation.

Apple Is Slipping Yet Continues to Stay Profitable

TAKE A PEEK at the stock market today, and you might get the impression that Apple wasn’t one of the most mind-blowingly profitable companies of all time.

The company’s stock price fell by as much as 4 percent on 8/4/15 to about $114—its lowest close in more than six months. And shares are down more than 14 percent since right before reporting its earnings late last month. Such a steep decline for such a successful-seeming company is a little tough to fathom. But these days Apple occupies its own universe, where the normal rules of stock market physics don’t seem to apply. Success, it turns out, is relative.

Then, little more than a week after its earnings call, where Apple execs acknowledged they weren’t going to reveal exactly how many of its new Watches were sold, more nuggets began to surface that suggested the answer was “not that many.” The latest hint comes from Taiwan-based supplier Advanced Semiconductor Engineering, which crams Apple Watch sensors into their compact cases. According to the Wall Street Journal, a company subsidiary said during an investor conference call that Apple did not reach its “break-even volume” of two million Watches per month during the second quarter of the year and didn’t expect it to hit that mark during the third quarter, either.

Apple didn’t immediately respond to a request for comment on the Journal report. But the company has repeatedly warned the public against reading between the lines when it comes to supplier comments since, Apple has said, no one vendor has a complete picture of its multi-phase supply chain.

“This isn’t a matter of not being transparent, but a matter of not giving our competition insight,” Apple CEO Tim Cook said during the earnings call of not releasing specific Apple Watch figures.

While anything less than a blockbuster launch into a new product category might make investors anxious, perhaps of more concern is any sign of weakness in Apple’s biggest success. According to a report from industry research outfit Canalys, the iPhone dropped from the top spot for smartphone shipments in China, falling to number three behind homegrown companies Xiaomi and Huawei. That’s notable because the story of Apple’s success in China has been pretty consistent recently: it’s massive. (In April, Apple reported that for the first time that it had sold more iPhones in China than in the US.)

Still, though Wall Street handwringing has knocked billions off Apple’s market cap in little more than a week, Apple is the company that always seems to bounce back. Despite losing market share in China, it still more than doubled its revenue there in the last quarter, even as the country’s maturing smartphone market shows signs of saturation. As the iPhone’s success shows, China still has a potentially huge pool of users primed to upgrade just as Apple likely gets ready to unveil its new iPhone model(s) this fall (September). Remember: Apple may not make all the phones, but unlike its rivals in China and elsewhere, it makes all the money.