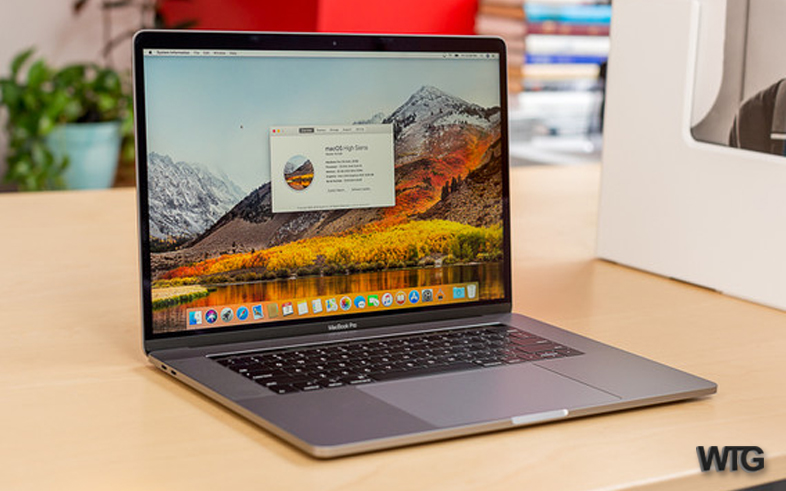 Welcome to the wtg guide for the best laptops for photo editing 2019. If you work with high-resolution photo files and advanced effects, you’ll need the best photo-editing laptop you can afford. These laptops are an incredible asset for professional photographers, graphic designers, web designers, and essentially anyone interested in photo editing. In this guide, we’ll walk through the best laptops at a range of budgets, to help you choose the right option for your requirements.

Our MacBook Pro aced our benchmark tests and felt lightning fast in Photoshop. Along the top of the keyboard you’ll find Apple’s Touch Bar. This row of virtual buttons dynamically changes according to your current app, and Photoshop makes great use of it. The Touch Bar automatically displays adjustment buttons and sliders depending on your selected pallet or tool.

The main Retina display has an aspect ratio closer to 3:2 than 16:9, making it better suited to displaying photos from most cameras. The 2880 x 1800 resolution may be less that 4K, but it’s easily crisp enough. It also sports Apple’s True Tone technology that automatically tweaks the screen’s color to compensate for ambient lighting. Screen brightness uniformity also scores well, leaving just the 84% Adobe RGB coverage trailing some rival Windows laptops.

This particular range-topping specs doesn’t come cheap, but it’s an investment for years to come. If budget isn’t a problem, this is one of the best laptops for photo editing you can buy and definitely worth a look.

You get Dell’s best 4K screen spec with 100% Adobe RGB coverage, paired with a 6-core processor, plus a healthy amount of RAM and storage.

The speedy Intel Core processor handled heavy lifting processing with ease. With a measured Delta-E color accuracy of 1.21, Dell’s 4K screen isn’t quite a match for Apple’s Retina display, but it can give much pricier Windows machines a run for their money. Overall, this is one of the best photo editing laptops you can buy right now, especially if you prefer pc.

The sixth-gen Lenovo ThinkPad X1 Carbon can be configured with several screen options – all 14-inch – but we went for the range-topping Dolby Vision-certified panel, boasting 500-nit brightness and a huge 1500:1 contrast ratio. It isn’t a touchscreen, and the 2560 x 1440 resolution trails 4K, but you’ll need a magnifying glass to notice that, and fewer pixels to push means better battery life. We measured an excellent Delta-E color accuracy of 1.2, 100% Adobe RGB coverage, and brightness even beyond the stated spec, though brightness uniformity was more average.

The same can be said for the X1’s speed, which falls noticeably short of laptops packing 6-core processors, though the trade-off is increased power efficiency. Plus you still get enough performance for all but the most intensive Photoshop tasks. If you value portability and battery life over extreme speed, yet you don’t want to compromise on screen quality, this configuration of the X1 Carbon makes for a fantastic photo-editing laptop.

The big talking point with the Zenbook Pro UX580 is its touch pad that doubles as a secondary screen. Asus calls it the ScreenPad, and you can use it as a calculator, media player interface, or simply as a virtual numpad extension of the main keyboard.

We verified its advertised 100% Adobe RGB color space coverage, and the quoted Delta-E <2 color accuracy is also accurate, as our calibration tool measured an impressive 1.07. Outright screen brightness isn’t quite on par with the MacBook’s Retina display, but you’re unlikely to notice during real-world viewing.

The UX580 is equipped with the same 6-core Intel Core i9 processor as the range-topping MacBook Pro, and we achieved very similar benchmark scores. This particular processor has a reputation for running so hot that its speed slows to keep things cool. However after a brief period of ‘throttling’, our Zenbook’s fans spun up and it maintained full performance under continuous full load; important for video rendering. There’s a good balance of two USB-C, two conventional USB ports, an HDMI port and headphone socket.

Razer’s brand focus is on the gaming market, and the Blade 15 4K is primarily a gaming laptop, but the styling doesn’t shout about it like many laptops targeted at gamers. Only the illuminated green Razer logo on the front and the color-changing backlit keyboard give the game away, but the latter can be muted to keep things more sober.

What makes the Blade 15 a good photo-editing machine is its 15.6-inch 4K screen, which boasts 100% Adobe RGB coverage and factory color calibration. It’s a gorgeous display very similar to that used by high-end versions of the Dell XPS 15, and though its recorded 1.82 Delta-E score slightly trails the very high standard set by some rival screens, it’s still very color accurate and a pleasure to view.

This particular Blade 15 configuration also comes equipped with a blazing-fast GeForce RTX 2070 graphics card. That’s great for gaming at 4K resolution, where it’ll give a noticeable performance boost. The main Core i7 processor is plenty fast enough, scoring within 20 per cent of a top-tier Core i9 machine in our benchmarks, but using less power and generating less heat in the process. We also appreciate the solid build quality with excellent heat ventilation, as well as the three conventional USB ports.