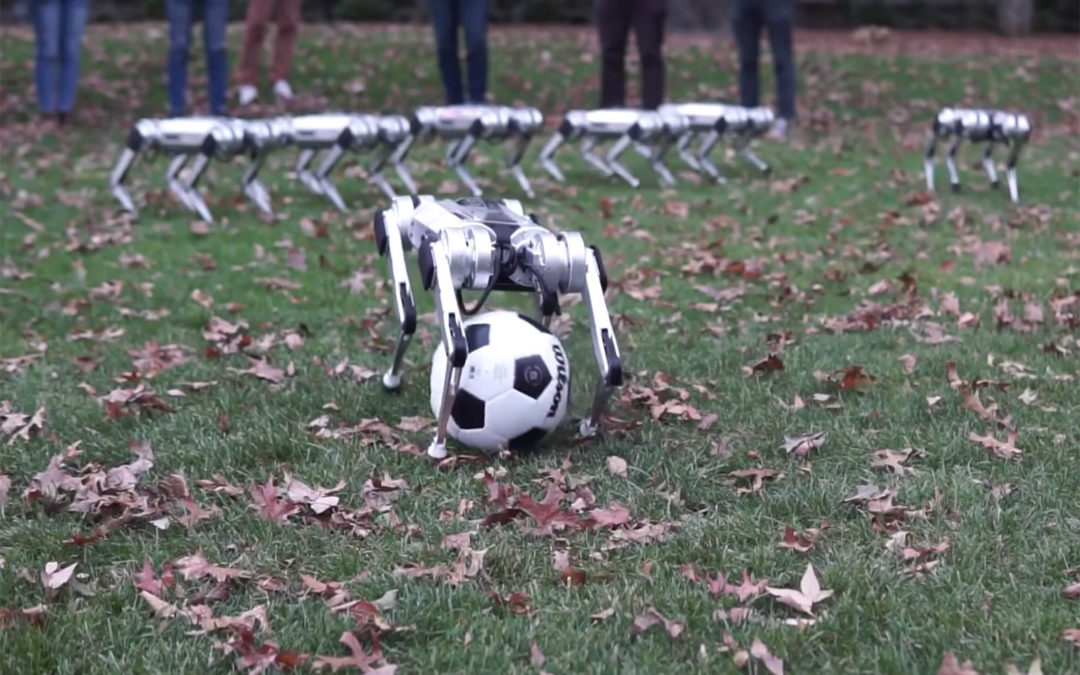 MIT wants to show that its Mini Cheetah robots aren’t just solitary creatures. The school’s Biomimetics department has posted a video of nine of the bots frolicking in the fall leaves, showing just what these pet-sized quadrupeds can do. The remote-controlled machines can backflip out of leaf piles, kick a soccer ball and have friendly tussles… well, if a bodyslam can be considered friendly. There’s even some eerie coordinated dancing, in case you want to know how robots will socialize once the robopocalypse is over.

Really, this illustrates how the Mini Cheetah project is moving forward. Now that the bot is proven to work, MIT is building a fleet to lend out examples for research projects. Demos like this are a step toward improvements in robot locomotion and other scientific pursuits. Whatever creepiness you see here could lead to robots that are better-suited to hazardous work, search-and-rescue and other efforts that might just save human lives.

The mini cheetah weights just 20 lbs, and its design was revealed for the first time earlier this year by a team of robot developers working at MIT’s Department of Mechanical Engineering. The mini cheetah is a shrunk-down version of the Cheetah 3, a much larger and more expensive to produce robot that is far less light on its feet, and not quite so customizable.

The mini cheetah was designed for Lego-like assembly using off-the-shelf part, as well as durability and relative low cost. It can walk both right-side up, and upside down, and its most impressive ability just might be the way it can manage a full backflip from a stand-still. It can also run at a speed of up to 5 miles per hour.

Researchers working on the robot set out to build a team of them after demonstrating that first version back in May, and are now working with other teams at MIT to loan them out for additional research.