Is Google Stadia the Netflix of Gaming? 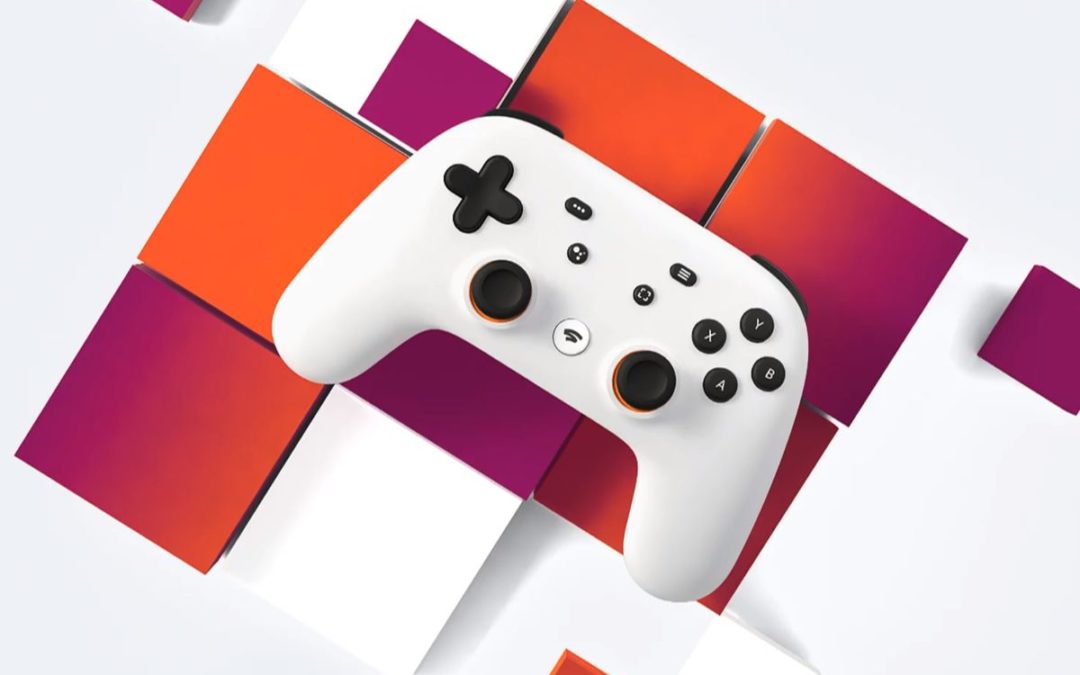 “The future of gaming is not a box,” according to Google. “It’s a place.” Just like how humans have built stadiums for sports over hundreds of years, Google believes it’s building a virtual stadium, aptly dubbed Stadia, for the future of games to be played anywhere. You won’t need an expensive gaming PC or a dedicated game console. Instead, you’ll just need access to Google’s Chrome browser to instantly play games on a phone, tablet, PC, or TV. It’s a bold vision for where gaming is heading, and Google hopes its Stadia cloud streaming service will make it a reality.

Google may have just unveiled the future of gaming at the Game Developers Conference (GDC), but it’s a future the company has left us knowing very little about.

At the heart of Google’s Stadia cloud streaming service are YouTube and Chrome. Google is leveraging YouTube to lean heavily on the popularity of gaming clips and creators who regularly stream games to millions of people on services like Twitch. These communities and games like Fortnite have turned into virtual places where kids hang out to chat, play, and watch streamers. It’s a big business, too. Fortnite made around $2.4 billion alone last year, and one of the most popular streamers makes more than $500,000 a month.YOUTUBE HELPS PUSH STADIA

The Stadia premise is that you’ll be able to watch a clip of a game and then instantly play it or even launch to the very same point in the game of the clip you were watching. Streamers will be able to create lobbies for fans to join and play with them on YouTube, and Stadia will support instant clipping to the video service. This is a game console running in the cloud and built for the YouTube generation, and it’s Google’s big push here.

Chrome also plays a big role as Google’s dominant web browser. Stadia will only be available through Chrome, Chromecast, and on Android devices initially. Google has promised more browsers in the future, but it’s not clear when this will arrive. Google only demonstrated the service on its own devices, and there was no mention of iOS support through a dedicated app or Apple’s Safari mobile browser.

Google has some significant hurdles to overcome if it wants to dominate gaming for the next generation, though. The biggest among them is getting games on its platform. Google showed a single new title, Doom Eternal, running on Stadia, and it promised that more than 100 game studios already have dev kits. Google even unveiled its own Stadia Games and Entertainment studio to create Stadia-exclusive titles, but it didn’t mention any details on what games it will be building.

Google is using Linux as the operating system powering its hardware on the server side. That means game developers will need to port their games to Stadia, and you won’t be able to bring games you already own like some other cloud gaming services (Nvidia’s GeForce Now or Shadow). Google is partnering with Unreal and Unity and even middleware companies like Havok, but there’s going to be some lifting involved for developers to get games onto Stadia. Google needs to convince big publishers to sign up, but it failed to detail how much it costs to develop, publish, and run games on Stadia.

We don’t even know how much the service will cost for consumers or when it’s launching — only that it will arrive in some form in 2019. Will it be subscription-based? Can you own your games in the cloud? These are important questions that Google needs to answer, and it skipped past them yesterday to promise more details in the summer. It feels like Google has rushed to beat some self-imposed GDC deadline to court developer interest here, and it’s likely why the company was only able to show a handful of games yesterday.

Economics aside, Google also stealthily avoided the big questions around existing game streaming services: internet connectivity. Google is using its own compression technology to stream games in 1080p or 4K to devices, and some of the typical latency will be reduced by having the game client and server on the same machine. Still, you’ll need a reliable and active internet connection to access Stadia, and Google is recommending a connection of “approximately 25 Mbps” for 1080p resolution at 60 fps.GOOGLE HAS OMITTED KEY DETAILS ABOUT STADIA

In an interview with Kotaku, Google Stadia boss Phil Harrison says, “[W]e will be able to get to 4K but only raise that bandwidth to about 30 Mbps.” That means the average fixed broadband connection in the US, currently around 96 Mbps by some estimates, will be sufficient, but if you’re living in a state without broadband coverage or relying on rural internet speeds then you’ll be stuck waiting on the Federal Communications Commission to raise the minimum rural broadband speed standard to 25 Mbps. You’ll also need a connection without broadband caps because if you’re going to be playing games a lot, then it will soon eat into data limits. We don’t know the exact bitrates of Stadia just yet, but watching a regular HD Netflix stream uses around 3GB per hour, and this more than doubles for 4K streams.

Speeds won’t cover the latency aspect, though. This is key to any game streaming service. While services like Netflix can download and buffer the fixed content you’re streaming, a game service relies on picking up your controller movements and relaying them in real time back and forth between you and the server you’re playing on. This means the closer to the server you’re playing on, the better, and the fewer hops through internet traffic, the better.STADIA’S GRAPHICAL POWER IS IMPRESSIVE BUT LARGELY IRRELEVANT

Google has a solid advantage here due to its cloud infrastructure, but if you’re not near a big city where Google’s data centers are located, then you won’t get the most ideal experience. Google is addressing part of this by connecting its Stadia controller directly to the server you’re playing on over Wi-Fi, but it has no control over the thousands of ISPs and how they route traffic to its data centers.

Google’s Stadia service is also entirely cloud-based, which means no offline play. While you might typically sync a few Netflix shows to your phone or tablet because you know your LTE connectivity sucks, you’ll need a constant connection to Stadia to play games on the go. 5G will certainly help here, but only partially and not anytime soon.

Google also revealed that its servers will be powered by a custom AMD GPU that will deliver 10.7 teraflops of power, which is more than the 4.2 teraflops of the PS4 Pro and the 6 teraflops of power on the Xbox One X. This graphical power is impressive but largely irrelevant. The end result of actual gameplay will rely entirely on your internet connection to Stadia.

Google will compress the image from its servers to your client, resulting in a loss of image quality. We don’t know the exact bitrates that Google will use for Stadia, but if you’ve ever watched a 4K version of a Netflix show, you’ll know the image quality isn’t as good as a Blu-ray copy. The same will apply for Stadia, and how you notice it will depend on your internet connection and the device you’re using to access Stadia. Smaller screens will make the drop in image quality less noticeable, and more internet bandwidth will give you a higher bitrate and thus a higher-quality image.IMAGE QUALITY WILL BE BASED ON YOUR INTERNET CONNECTION

This will all vary from game title to title, and Google hasn’t shown enough variation of games to really give an understanding of how well Stadia will perform. Eurogamer’s Digital Foundry was able to test Stadia, but the testing was limited to Assassin’s Creed Odyssey instead of a demanding title like a first-person shooter that requires quick player response time or fast-moving action games where artifacts are much more obvious.

All of this makes Stadia look like an early beta for what will be part of the future of gaming. Google has hired a lot of industry talent for this ambitious project. Phil Harrison, a former Sony and Microsoft executive, is leading the Stadia charge, and Jade Raymond, who has previously worked at Sony, Electronic Arts, and Ubisoft, is heading up the company’s first-party games. Xbox Live Arcade creator Greg Canessa is also working on Stadia, alongside former Xbox gaming partnerships lead Nate Ahearn. All of this experience should help Google in its cloud gaming fight.

Sony and Microsoft’s approaches aren’t cloud-native like Google’s, and they don’t require developers to port their games or rebuild them for their cloud streaming service. Both companies are using console hardware in server blades. That’s a benefit for now as both Sony and Microsoft can offer big game libraries without needing developers to change anything. Google’s ambitious effort will require more heavy lifting from developers, but Google has the longer-term advantage of being able to switch out its hardware with ease in the future and implement changes that don’t affect legacy console hardware.GOOGLE HAS SOME MASSIVE COMPETITION

Amazon also looks like it will be a big cloud gaming competitor to Google, and Nvidia also streams games. Even Valve is expanding its Steam Link game-streaming feature to allow you to stream your Steam games from a PC to anywhere through the Steam Link hardware or the Steam Link app.

Sony, Microsoft, Amazon, and Google will be the key players in any cloud gaming war. Sony has the games and PlayStation Now, Microsoft can leverage its Azure data centers and Xbox Game Pass for xCloud, and Amazon can lean on its cloud dominance, Prime, and its massively popular Twitch service to entice gamers. Google has some fierce competition, but it looks like this cloud gaming war is just getting started.