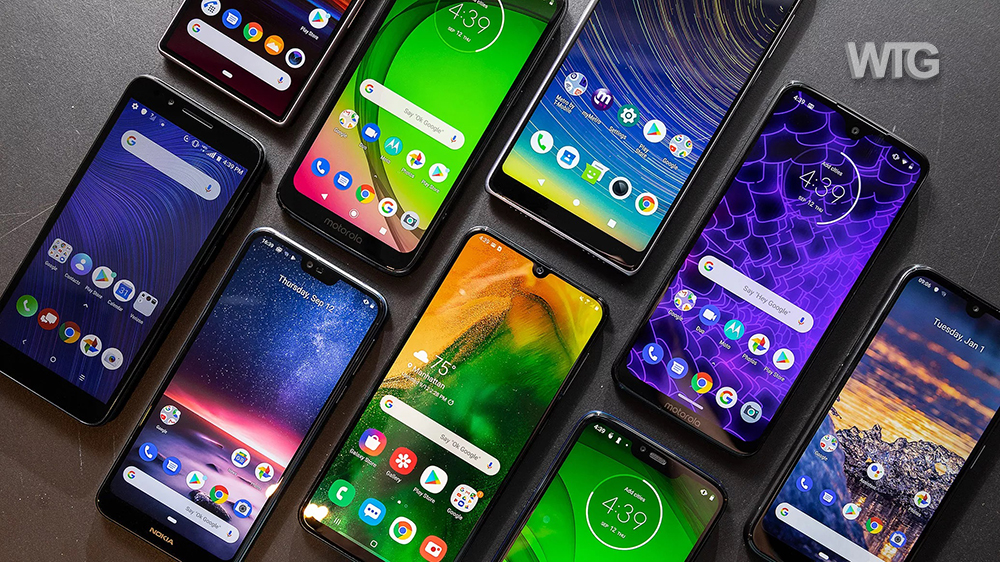 Finding the absolute best budget camera phone may seem daunting, especially with the rising prices of smartphones these days. But for those on a budget, this isn’t a time to despair and wtg has got your back. As technology has improved so have budget camera phones, giving way to some incredible devices at surprisingly low price points.

Combining affordability with top notch camera ability, the Motorola Moto G7 easily makes the list. For any creatives on a budget, this handset allows you to get a cheap phone while still getting all of the features you would expect from a more expensive phone. Fast charging, a hefty 3200mAh battery and a dual camera set-up.

It comes with a primary 16MP camera boasting an f/1.7 lens, optical image stabilization and a host of shooting capabilities. And despite its price tag, the Moto G7 Plus manages to perform in both light and dark situations.

And for those who use their phones to produce videos, the Moto G7 can shoot 4K video, a rare feature at this price point. You can even make use of portrait mode with the secondary lens for easy high-end portrait shots.

The Google Pixel 3 has consistently been regarded as one of the best camera phones on the market, and the Pixel 3a is an excellent extension of the Google Pixel 3 family, especially for creatives on a budget. A key shared attribute is that the Pixel 3a camera has the same megapixels as the Pixel 3, so expect high quality photo shoots.

Take a Look: Google Pixel 3a

When Samsung releases new phones, the old flagship models don’t get forgotten about – they just become fantastic affordable phones. That’s exactly what has happened to the Samsung Galaxy S8. First and foremost, the consistency of the quick automatic main camera never ceases to be impressive. Point and click was never so easy. But above and beyond the normal, Samsung brought in a remarkable host of features and settings to the S8, including a brilliant selfie mode. And, not to be underestimated, the Galaxy S8 is the ideal shape and size in the hand to use for photography.

Look around the web and you’ll see the Moto G6 crop up again and again at the top of best budget smartphone lists. Combining excellent quality across the board (display, battery, design), it’s easy to see why. The cameras are a big contributory factor to it’s success and popularity. It starts things off with a dual main camera set-up on the rear. The 12MP and 5MP sensors team up to enable the auto mode to take consistently attractive snaps.

Sony has a notable dynasty in photography and so it’s no surprise to see it coming up with the goods on the wallet-friendly Sony Xperia XA1. On specs alone, the rear camera has a similar look to dedicated standalone compact cameras with a 23MP sensor of 1/2.3-inch size. On a day-to-day basis that means generally fabulous looking photos. It even succeeds in darker climes, with Sony’s brightening smarts achieving excellent quality.

Huawei has become a name well set in the public consciousness in an incredibly short amount of time. The Huawei Mate 20 Lite has epitomized what can be achieved with a budget camera phone.

With a 6.3-inch screen, it’s larger than most of the other smartphones on this list. And check out the specs of the cameras – there’s a reliable 20MP and 2MP set-up on the rear for photos that pop with color, and 24MP and 2MP on the front for excellent selfies that even let you achieve that sought after bokeh effect.

In many cases a budget phone isn’t going to be as good as an expensive phone, but you might be surprised (in a good way) by its quality. A few of them even work with several US carriers and MVNOs, so you won’t be forced to buy a new phone if you decide to switch carrier service partway through ownership.

But don’t go shopping without a bit of research. It’s not uncommon for your local retailer to stock several cheaper phone options from both reputable and comparatively unknown brands, all of which have cribbed the popular design of the moment to blend in with the others. Finding a low-cost phone that’s worth buying is harder than it should be, and it’s easy to take the fall on the wrong device.

We’ve spent some time with a handful of sub-$300 phones, which you’re likely to encounter if you go shopping online or at your local store. Out of that pool of candidates, only one gets you a tremendous amount of bang for your buck.

When someone asks me to recommend a phone, I want to suggest the option that costs the least amount of money and has the fewest compromises. A phone that meets all of my personal qualifications does exist. It has a nice screen, it works with every US carrier, and its software is fun and easy to use. I’m talking about the Moto G7.

The best thing about Motorola’s budget phone is that it doesn’t look or feel cheap. You can purchase the phone in black or white, and it’s covered on its front and back with shiny Gorilla Glass. It has a large 6.2-inch 2270 x 1080 LCD screen, and thanks to slim bezels and a small teardrop notch, it has a sizable amount of screen real estate. Colors and details pop with sharpness and accuracy, and although this screen lacks HDR, video still looks great on the screen.