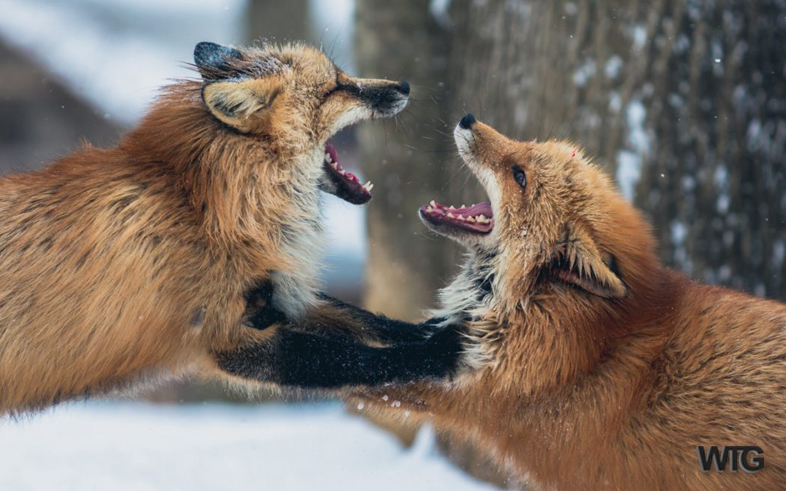 Once upon a time, most developers used jQuery to animate things in the browser. Fade this, expand that; simple stuff. As interactive projects got more aggressive and mobile devices burst onto the scene, performance became increasingly important. Flash faded away and talented animators pressed HTML5 to do things it had never done before. They needed better tools for complex sequencing and top-notch performance. jQuery simply wasn’t designed for that. Browsers matured and started offering solutions.

The most widely-acclaimed solution was CSS Animations (and Transitions). The darling of the industry for years now, CSS Animations have been talked about endlessly at conferences where phrases like “hardware accelerated” and “mobile-friendly” tickle the ears of the audience. JavaScript-based animation was treated as if it was antiquated and “dirty”. But is it?

As someone who’s fascinated (bordering on obsessed, actually) with animation and performance, I eagerly jumped on the CSS bandwagon. I didn’t get far, though, before I started uncovering a bunch of major problems that nobody was talking about. I was shocked.

This article is meant to raise awareness about some of the more significant shortcomings of CSS-based animation so that you can avoid the headaches I encountered, and make a more informed decision about when to use JS and when to use CSS for animation.

Animating the scale, rotation, and position of an element is incredibly common. In CSS, they’re all crammed into one “transform” property, making them impossible to animate in a truly distinct way on a single element. For example, what if you want to animate “rotation” and “scale” independently, with different timings and eases? Maybe an element is continuously pulsing (oscillating scale) and you’d like to rotate it on rollover. That’s only possible with JavaScript.

In my opinion, this is a glaring weakness in CSS but if you only do simpler animations that animate the entire transform state at any given time, this won’t be an issue for you.

Most comparisons on the web pit CSS animations against jQuery since it is so pervasive (as if “JavaScript” and “jQuery” were synonymous) but jQuery is widely known to be quite slow in terms of animation performance. The newer GSAP is also JavaScript-based but it’s literally up to 20x faster than jQuery. So part of the reason JavaScript animation got a bad reputation is what I call the “jQuery factor”.

The most frequently cited reason for using CSS for animation is “hardware acceleration”. Sounds yummy, right? Let’s break it down into two parts:

The GPU is highly optimized for tasks like moving pixels around and applying transform matrices and opacity, so modern browsers try to offload those tasks from the CPU to the GPU. The secret is to isolate the animated elements onto their own GPU layers because once a layer is created (as long as its native pixels don’t change), it’s trivial for the GPU to move those pixels around and composite them together. Instead of calculating every single pixel 60 times per second, it can save chunks of pixels (as layers) and just say “move that chunk 10 pixels over and 5 pixels down” (or whatever).

Side note: It’s not wise to give every element its own layer because GPUs have limited video memory. If you run out, things will drastically slow down.

Declaring your animations in CSS allows the browser to determine which elements should get GPU layers, and divvy them up accordingly. Super.

But did you know you can do that with JavaScript too? Setting a transform with a 3D characteristic (like translate3d() or matrix3d()) triggers the browser to create a GPU layer for that element. So the GPU speed boost is not just for CSS animations – JavaScript animation can benefit too!

Also note that not all CSS properties get the GPU boost in CSS animations. In fact, most don’t. Transforms (scale, rotation, translation, and skew) and opacity are the primary beneficiaries. So don’t just assume that if you animate with CSS, everything magically gets GPU-juiced. That simply isn’t true.

Offloading calculations to a different thread

The other part of “hardware acceleration” has to do with being able to use a different CPU thread for animation-related calculations. Again, this sounds great in theory but it doesn’t come without costs, and developers often overestimate the benefits.

First of all, only properties that don’t affect document flow can truly be relegated to a different thread. So again, transforms and opacity are the primary beneficiaries. When you spin off other threads there’s overhead involved with managing that process. Since graphics rendering and document layout eat up the most processing resources (by FAR) in most animations (not calculating the intermediate values of property tweens), the benefit of using a separate thread for interpolation is minimal. For example, if 98% of the work during a particular animation is graphics rendering and document layout, and 2% is figuring out the new position/rotation/opacity/whatever values, even if you calculated them 10 times faster, you’d only see about a 1% speed boost overall.

The stress test below creates a certain number of image elements (dots) and animates them from the center to random positions around the edges using random delays, creating a starfield effect. Crank up the number of dots and see how jQuery, GSAP, and Zepto compare. Since Zepto uses CSS transitions for all of its animations, it should perform best, right?

The results confirm what is widely reported on the web – CSS animations are significantly faster thanjQuery. However, on most devices and browsers I tested, the JavaScript-based GSAP performed even better than CSS animations (by a wide margin in some cases, like on the Microsoft Surface RT GSAP was probably at least 5 times faster than the CSS transitions created by Zepto, and on the iPad 3 iOS7 transforms were significantly faster when animated with GSAP instead of CSS transitions):

Exactly how much “better”? The original version of the test had a frames-per-second counter for quantifiable results, but it quickly became apparent that there’s no truly accurate way to measure FPS across browsers especially with CSS animations, and certain browsers were reporting misleading numbers, so I removed it. You can easily gauge relative performance, though, by cranking up the number of dots, switching among engines, and watching how things perform (smooth movement, steady timing and dot dispersion, etc.). After all, the goal is to have animations look good.

Although well-optimized JavaScript is often just as fast if not faster than CSS animations, 3D transforms do tend to be faster when animated with CSS, but that has a lot to do with the way browsers handle 16-element matrices today (forcing conversion from numbers to a concatenated string and back to numbers). Hopefully that’ll change, though. In most real-world projects, you’d never notice the performance difference anyway.

I’d encourage you to do your own testing to see which technology delivers the smoothest animation in your particular project(s). Don’t buy the myth that CSS animations are always faster, and also don’t assume that the speed test above reflects what you’d see in your apps. Test, test, test.

Some browsers allow you to pause/resume a CSS keyframes animation, but that’s about it. You cannot seek to a particular spot in the animation, nor can you smoothly reverse part-way through or alter the time scale or add callbacks at certain spots or bind them to a rich set of playback events. JavaScript provides great control, as seen in the demo below.

Modern animation is very much tied to interactivity, so it’s incredibly useful to be able to animate from variable starting values to variable ending ones (maybe based on where the user clicks, for example), or change things on-the-fly but declarative CSS-based animation can’t do that.

For simple transitions between two states (i.e. rollovers or expanding menus, etc.), CSS Transitions are great. For sequencing things, however, you generally need to use CSS keyframe animations which force you to define things in percentages, like:

But when you’re animating, don’t you think in terms of time rather than percentages? Like “fade up the opacity for 1 second, then slide to the right for 0.75 seconds, and bounce down to a rest 1 second later”. What happens if you spend hours crafting a complicated sequence in percentages, and then the client says “make that part in the middle 3 seconds longer”? Ouch. You’d need to recalculate ALL of the percentages!

Usually building animations involves a lot of experimentation, especially with timing and eases. This is actually where a seek() method would be quite useful. Imagine building out a 60-second animation piece-by-piece and then finessing the final 5 seconds; you would need to sit through the first 55 seconds every time you want to see the results of your edits to the last parts. Yuck. With aseek() method, you could just drop that into place during production to skip to the part you’re working on, and then remove it when you’re done. Big time-saver.

It is becoming increasingly common to animate canvas-based objects and other 3rd-party library objects but unfortunately CSS animations can only target DOM elements. That means that if you invest a lot of time and energy in CSS animations, it won’t translate to those other types of projects. You’ll have to switch animation tool sets.

There are a few more workflow-related conveniences that are missing in CSS Animations:

You can’t really do any of the following with CSS animations:

CSS-based animation doesn’t work in IE9 and earlier. Most of us hate supporting older browsers (especially IE), but the reality is that some of us have clients who require that support.

Browser prefixes are necessary for many browsers, but you can leverage preprocessing tools to avoid having to manually write them out.

Are CSS animations “bad”? Certainly not. In fact, they’re great for simple transitions between states (like rollovers) when compatibility with older browsers isn’t required. 3D transforms usually perform very well (iOS7 being a notable exception), and CSS animations can be very attractive for developers who prefer putting all of their animation and presentation logic in the CSS layer. However, JavaScript-based animation delivers far more flexibility, better workflow for complex animations and rich interactivity, and it often performs just as fast (or even faster) than CSS-based animation despite what you may have heard.

When compared to jQuery.animate(), I can understand why CSS Animations were so appealing. Who in their right mind wouldn’t jump at the chance to get a 10-fold performance boost? But it’s no longer a choice between jQuery and CSS Animations; JavaScript-based tools like GSAP open up entirely new possibilities and wipe out the performance gap.

This article isn’t about GSAP or any particular library; the point is that JavaScript-based animation doesn’t deserve a bad reputation. In fact, JavaScript is the only choice for a truly robust, flexible animation system. Plus, I wanted to shed some light on the frustrating parts of CSS animations (which nobody seems to talk about) so that you can ultimately make a more informed decision about how you animate in the browser.

The W3C created a spec called Web Animations that aims to solve a lot of the deficiencies in CSS Animations and CSS Transitions, providing better runtime controls and extra features. It certainly seems like a step forward in many ways, but it still has shortcomings (some of which are probably impossible to overcome due to the need for legacy support of existing CSS specifications, so for example, independent transform component control is unlikely). There are definitely some smart guys who worked on the spec.